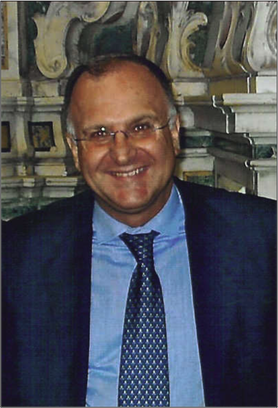 Giovanni Fulvio Russo is Full Professor of Ecology at the Department of Science and Technology of Parthenope University of Naples, Italy.
After the degree in Biological Sciences at the University of Naples ‘Federico II’ in 1979, he held a position of Researcher at the Zoological Station of Naples "Anton Dohrn" in the period 1980-1998 and of Professor of Ecology at the University of Catania in the period 1998-2001.
His main fields of expertise are marine ecology and biological conservation.
He coordinated several research projects on marine ecology and sustainable development in marine protected areas.
​Since 2016, he is President of the Italian Society of Marine Biology and Member of the Natural Capital Committee of the Italian Government.
Curriculum vitae 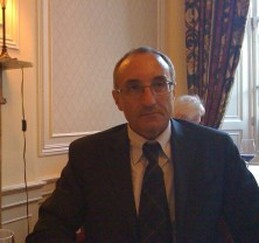 Giulio Giunta is Full Professor of Scientific Computing at the Department of Science and Technology of Parthenope University of Naples, Italy.
Dean of the School of Science, Engineering and Heath, Parthenope University of Naples.
Head of the research laboratory "High Performance Scientific Computing Smart Lab",  Parthenope University of Naples.
Member of the Italian Society for Applied and Industrial Mathematics (SIMAI), the Society for Industrial and Applied Mathematics (SIAM), the National Institute of Higher Mathematics (INdAM) – National Group of Scientific Computing.
​Referee for industrial research projects at the Italian Ministry of University and Research.
His main research interests are in the fields of scientific computing, numerical analysis, computational modelling for environmental problems, high performance computing, numerical methods in computer science applications, big data analysis in environmental science, and software tools for enabling distributed and cloud scientific computing.
He coordinated research groups in several basic and industrial research projects funded by the European Union, the Italian Ministry of University and Research, and local government and private companies.
Curriculum vitae 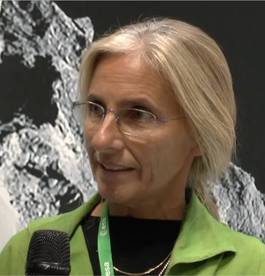 Alessandra Rotundi is Full Professor in Astronomy & Astrophysics at the Department of Science and Technologies, University of Naples “Parthenope”, Italy.
She is the Italian National Co-Principal Investigator for the Comet Interceptor space mission, selected by ESA in June 2019, which with a compact, agile set of spacecrafts will explore for the first time a pristine comet.
She has been the Principal Investigator of the GIADA instrument, flown on-board the successful Rosetta/ESA spacecraft.
From December 2018 to March 2020 she was part of the committee that selected the President of the Consiglio Nazionale delle Ricerche (CNR), of the Italian Space Agency and of other Italian Public Research Institutes, supervised by the Italian Minister of Education, University and Research (MIUR).
Prof. Rotundi was selected by NASA to be part of the Preliminary Examination Team (PET) dedicated to the analyses of cometary dust samples, returned for the first/unique time to Earth by the Stardust/NASA space probe in 2006; in this frame she coordinated the only Italian team selected by NASA.  As a consequence, she was then invited in 2018 by NASA to be part of the Curation and Analysis Planning Team for Extraterrestrial Materials (CAPTEM) sub-committee, to review the Stardust samples curation and allocation process.
In 2017 she was invited by the University of Paris-Sud as a "Professeur Invités".
From 2011 to 2014 the European Space Agency nominated Prof. Rotundi one of the expert consultants for the “Solar System Exploration Working Group”.
She has been nominated “Expert Consultant” by MIUR for the evaluation of the National Program of Space Research in the period 2013-2016 and again in 2020.
Curriculum vitae 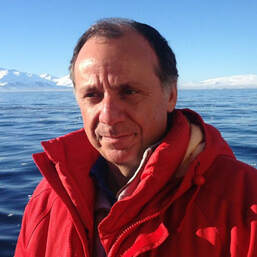 ​Giorgio Budillon is Full Professor of "Oceanography and Atmospheric Physics" at the University of Naples "Parthenope" where he is Director of the Department of Science and Technology. Since 1989, he has been involved in oceanographic studies in the Mediterranean Sea - where he carried out over 30 expeditions - and in Antarctica - where he carried out 15 oceanographic expeditions many of which as principal investigator. Since 2016, he is a member of the National Scientific Commission for Antarctica, since 2014 he is the national representative of the Southern Ocean Observing System and member of the SCAR (Scientific Committee on Antarctic Research) Permanent Scientific Committee for Physical Sciences. Since 2018, he has been member of the Scientific Committee of the National Technological Cluster "Blue Italian Growth". He is author and co-author of more than 400 works including publications in national and international scientific journals, encyclopedic entries, conferences and conference proceedings.
Curriculum vitae
Fornito da